We started the day off by waking up at around 6:30 am and got to wear our civilian clothing.  We got downstairs for breakfast at around 7:30.  After breakfast we got on the bus and headed to the German Bunkers and got to see what it looked like inside.  The bunkers were pretty cool, it was cold, but a great experience.  Then we went to Antwerp for shopping.  W shopped for 45 minutes and had lunch there too.  It was about 2:00 pm when we finished lunch, right after we had a guided tour.  The tour guide took us around the city and taught us some of Belgium’s history, myths and legends.  Once the tour was over it was 5:00 pm and we walked to the bus.  We drove back to the hostel and went to our rooms to get ready for dinner.

Today we had a slower day than what we have been doing.  We started the day by going to a German Bunker in a forest.  It was really cool how they got some original artifacts from various bunkers in Europe and have them installed an looking like they would have during the war.  They have restored the air ventilation, electrical  and other systems in one of the bunkers.

Then we went to Antwerp, which is the diamond capitol o f the world, and has lots of interesting history.  We did our tour around the centre of the city learning about the history and facts about the city.  We are now heading back to the hostel and are going to have a “home cooked” dinner, then do laundry.

My favorite part of the day was seeing the German bunkers and the collection of objects that they have in the rooms of the bunker.

Today we started off with the same routine as usual.  We wake up, eat, but today we ate at our new camp in Belgium.  It is actually really nice there, and that is the best sleep that I have had all week!  Our first stop was to Antwerp, and we went to Bunker Vliegtuigarcheo.  This is the site of the German bunkers where we got so see the air filtration rooms, medical bunker, control bunker and the Officers’ quarters.  Then we made our way to the Grote Markt, did some shopping and ate lunch in a pizzeria.  After lunch we met up with a tour guide and walked the beautiful streets of Belgium, heard some interesting stories, including one about giants!  During the tour we had a chance to have Belgian waffles.  We are now on the bus and heading back to camp to eat some spaghetti being cooked by the senior Cadets.

We woke up in Belgium at 6:30 am and got dressed in civilian clothing.  At 7:30 am we headed to the bunkers to have a look around inside.  When we walked around the bunkers they were cold.  Most of the original stuff has been replaced or stolen since the war.  After we left the bunkers we had pizza for lunch and it was really good.   Then we had a tour around the city centre area and the tour guide told us old myths.  Afterwards the tour we go on the bus and left to the hostel.  We ate dinner and went to bed.

We woke up late this morning…well, the Cadets did.  I was the Duty NCO, which means that I had to wake up and be ready for the day before I wake up any of the Cadets.  Our first stop today was at the German bunkers, it was really interesting to see what they looked like.  They were smaller than I thought they would be.  Next was probably everyone’s favorite part of the day – we went to Antwerp and went shopping!  I finally bought gifts for my family and friends.  The last thing we did today was to have a walking tour of Antwerp.  It was a great walk and I got some great photos.  Turns out the city has a weird connection of being terrorized by giants!  Tomorrow is our final day of the trip and we are also in our uniforms…great!  This means another early morning!  ‘(

Today is the second last day of our trip.  First off we went to visit German bunkers in Antwerp.  While they were very interesting and I wish I got to see them fully, they were not my favorite part of the trip.  I really wanted to stay but I was so dizzy that I couldn’t bear to be in there underground any longer.  I went outside to the fresh air and really appreciated the Officers hospitality in helping me feel better immediately, then throughout the day.  The went out of their way throughout the entire day with acts of kindness, including numerous cough drops, clementines for a boost of vitamin C, and some warm tea.  After the bunkers we went to the city centre for shopping and lunch.

I had a great time exploring all the Belgian boutiques.  After we finished lunch we had a tour of Antwerp city.  I really enjoyed seeing the architecture of Antwerp.  Also, the legends were very interesting and different to hear about.

All the fresh air really did some good for me today.  After the tour, it was tie to head back to Uppelink Hostel for the night. 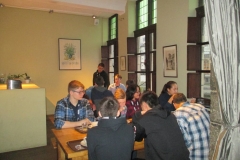 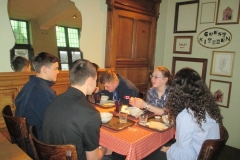 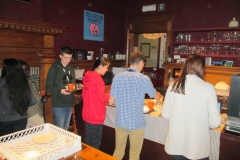 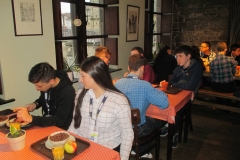 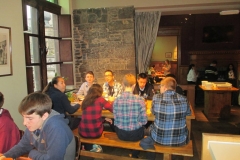 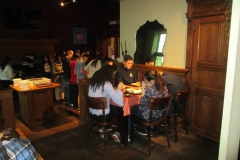 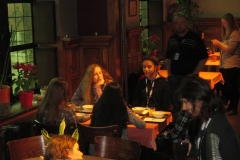 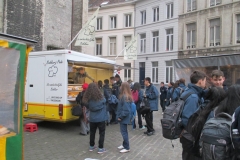 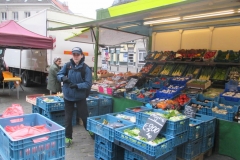 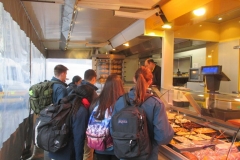 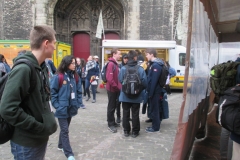 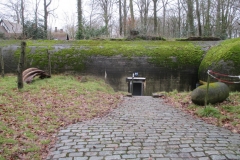 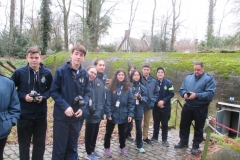 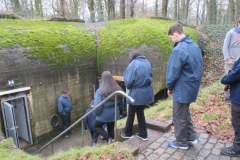 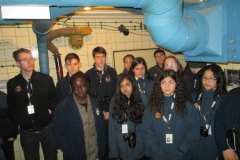 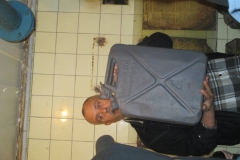 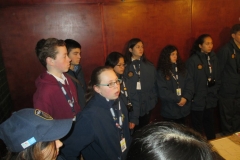 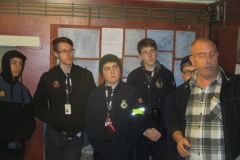 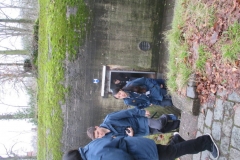 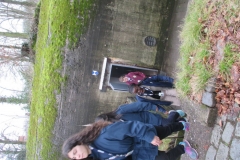