HURRICANE
Today was really fun. In the morning after we woke up and had breakfast, we walked to the tube station. We took it to the Tower of England, got to see the Crown Jewels of multiple Kings, Princes, Queens, etc. Then we went to the Tower Bridge exhibition. We got to stand on a glass floor and take lots of pictures. Then we moved to the engine room of the bridge and then the London Bridge experience, which was basically a horror house that had educational moments in it as well. Afterwards, we went to Tower Tandoori and ate dinner, which was chicken, rice and some sauce. After that we went back to our barracks.
Leading Air Cadet Traczyk

HURRICANE
The day started with an early morning. Today we went to the Tower of London, which was interesting. We saw a raven on the wall and posed with it. I took a plethora of photos. Then we went to the Tower Bridge and walked over the glass floor. It was scary and exciting at the same time. There were an excessive amount of gift shops that we visited throughout the day. Later in the evening we went to a horror house. I have been to many horror houses before, but this one in particular was not like any of the ones I have been to before. I really enjoyed it. It was a thrilling experience. That night we ate at Tower Tandori and then walked back to the base. It was an eventful day. I was exhausted by the end of it and all I wanted to do was sleep.
Cadet Sergeant Patel

HALIFAX
Today we went to the mess hall to eat breakfast, took the tube to the London Tower, saw the London bridge, and had the Tower Bridge tour. We also had the London Bridge experience. The London Bridge experience was a haunted house where people kept popping up in front of you and kept snorting in your face. We went to Shakespeare’s Globe but we didn’t get to go inside. For dinner, we went to Tower Tandoori and ate chicken Tikka Masala with rice and and bread. On the Tower Bridge we got to see how the bridge was built, and got to see the glass floors. We also got to go in the London Tower, which looked like a huge castle. In the Tower there were many photo opportunities and about 3 gift shops. The best part of today for me was the London Tower where we got to see how they used horses in combat, the torture chambers and went to all the gift shops (although I didn’t end up buying anything). It was a great day!
Cadet Corporal Montes de Oca, R

HALIFAX
Today was a pretty good day. During the day we did cool things like exploring the tower. Later we went to the Shakespeare’s Globe, which were were going to watch a show but they didn’t let us in. My favourite part of the day was the Tower Bridge. I liked the Tower Bridge for the view and the glass floor. My least favourite part was the London Bridge Experience. I didn’t like the haunted house because it was very bright and loud. Overall today was a good day.
Cadet Corporal Emery 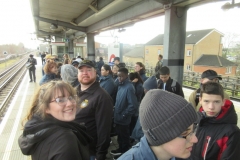 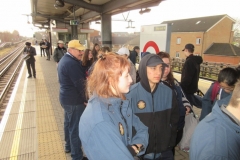 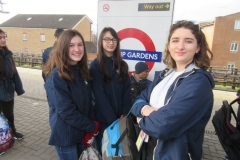 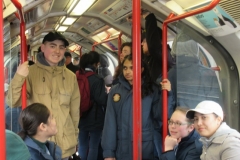 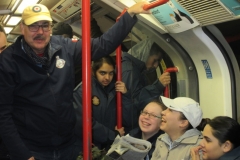 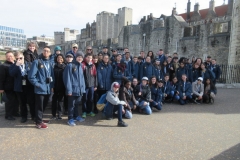 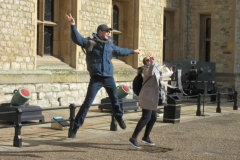 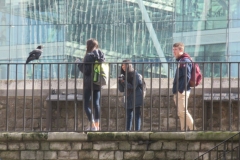 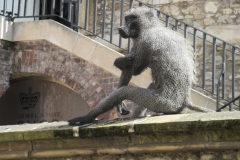 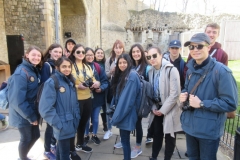 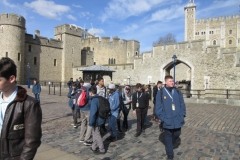 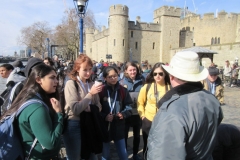 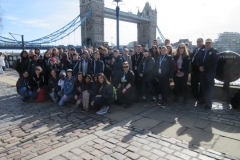 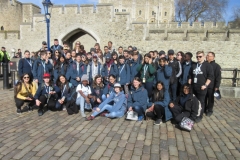 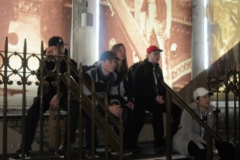 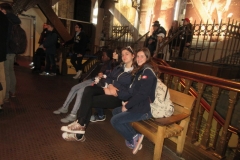 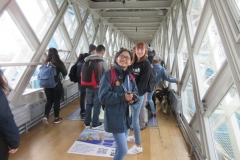 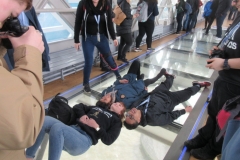 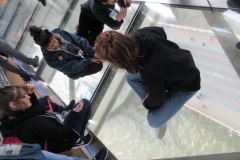