HALIFAX
Today we woke up at 6:00 AM and went to the mess hall. After breakfast we headed to the underground tube to head over to the RAF museum. As soon as we arrived at the museum we were split up into our sub groups to explore the facility. After 4 long hours of learning about planes, when we finished we hopped on a bus and took it all the way to Piccadilly market. It was really fun walking around and purchasing items for our families. I especially enjoyed it because I got to see what London’s candies were! After we explored and shopped around for a bit we went to dinner at a Chinese place by the name of Ping Pong. At dinner we had to use chop sticks to eat. It was pretty difficult for me because I never really learned how to use them. Luckily the person I was sitting beside did. I asked him to teach me and he was really helpful and taught me how to use them. After dinner we headed to another market on foot. I’m not sure what it was called. The route home was rather tiring but I could not fall asleep. Sadly I was not on Duty but I guess it was going to be easier for me later on. I am excited to go to the Royal Horse Guards and the Jack the Ripper walk. In conclusion I liked today because it was unique.
Cadet Corporal Cote

HURRICANE
This morning when I woke up I felt horrible because I had gotten a fever yesterday evening, which left my bones, muscles, throat, ears and head hurting. We got ready and headed for breakfast. After that we went for a long ride on the tube to the RAF museum where we got to see all sorts of interesting aircraft and take group photos for the next 4 hours. After the museum we all crammed into a bus and went for another long ride in the tube to the Covent Garden, where we got to shop for 3 hours and we ate at a Chinese restaurant. It had very interesting food. Then we went shopping in Piccadilly for an hour and a half through the beautiful city. We all got back tired and beat but it was all worth it because we all had fun.
Cadet Flight Corporal Maya-Sandoval

HURRICANE
Today we woke up early and went to go eat breakfast. After breakfast, we went on the subway for a long time to go to the RAF museum. After that, we ate lunch and then went shopping at Covent gardens. I got a really pretty ring and candy. We also had really good frozen yogurt. Then we got dinner at a place called Ping Pong and ate dumplings. After that we went to go shopping again and then took the subway back home. Everyone was really tired and went to sleep. Today was a good day.
Cadet Corporal Yang

SPITFIRE
Today our Squadron visited the RAF Airplane museum. It was a really long time to get to the RAF museum because of the train stops. As we reached the last stop we left the train and headed to street level. We waited outside for about 2 minutes for the bus but then we realized it would be faster and beneficial to walk to the museum. As we reached the front of the RAF museum, I asked Petty Officer Allik, “is that a boat or a ship?”, but I still think it’s a boat. When inside the museum, I saw some cool old fighter planes. While I was checking out the planes I saw WOII Morrison teaching PO Allik how planes work and the controls for the aircraft. I decided to join in and learn more about aircraft. But pretty much everything he said I already knew. After that I decided to write this diary about today. At 10:55 I finished writing this and I continued my journey in the RAF museum.
14:35 – 14:45 – We start to ride the train to the mall. The officers are not sure if we are on the right train. The Northern train splits into 2. We want to go on the bottom line to reach Leinchester Station. When shopping, me, Kunyckyj and Parent couldn’t decide what to buy. We decided to spend our money on sweets and candy. I spent about 25 pounds on sweets. I went into a shop that sold glasses and I browsed the inventory. As usual I am very picky about glasses. My self-image is low so almost every glasses I tried on I thought I looked bad. After browsing for about 10 minutes, I finally found the glasses I actually liked. I tried them on and I really think they would be a good choice to buy them, I’ve never had sunglasses. As I walk to the cashier I realized that I never checked the price of the golden aviator sunglasses. When I checked the price, it was 350 pounds. I only had 125 pounds left. I only brought 150 before I spent it on candy. I left the store and was upset that I did not get my pair of aviators. I look forward to getting them in Canada where I can actually afford them.
19:30 – After shopping, our Squadron started walking to an Asian restaurant. The waiter placed our drinks and some snacks. I was expecting him to give utensils (fork, knife) but instead he gave us chopsticks. I did not know how to use them and I asked my friends at my table if they could help me. Karavelis showed me how to eat with chop sticks. It was a weird way to eat, but it was a new experience.
We went to Piccadilly Circus. Adrian wanted me to go to an M&M shop. When we entered the store, I did not buy anything because I don’t like M&M candy (I prefer skittles). When Adrian and Parent finished getting their stash of candy, we decided to walk around the street to McDonalds. We went inside and once we saw the price of a BIG MAC we decided to leave because it was very expensive. After that we went for a walk and got some candy that changes colours. After that we sat at the water fountain. We watched some Coke-a-cola ads and Samsung ads. After 15 minutes we reformed into our flights and we went down into the train station. While rain on the Central line, I decided to continue my Spitfire Blog Log and finish it.
Side note: Today was a really fun day, visiting RAF museums to visiting London Malls. The meal for dinner was delicious and confusing with the chopsticks. Everybody was happy and there weren’t any problems. I enjoyed today and I can’t wait to see what’s next for the next 4 more days. 🙂
Cadet Corporal Bailey

SPITFIRE
To begin, Hi Mom!! (No, I haven’t hurt myself yet).
We began the day at the mess and then proceeded to RAF Hendon Aircraft Museum via the Tube. The museum was incredible and one particularly amicable staff member took a few of us on tour into the roped off zones, which I found to be interesting and informative. The rest of the day was split between shopping through Covent Gardens and the renowned Piccadilly Circus. The street performers and abundance of stelar photo opportunities were particularly notable. Separating the shipping sprees, I was fortunate enough try Dim Sum for the first time. We sat down for dinner at a Chinese restaurant. All in all, the day was a great opportunity to bond with friends and experience the feel of the city.
Cadet Warrant Officer Second Class Morrison

SPITFIRE
Today was an extremely fun day. After we had woken up and eaten breakfast at the mess hall (Hash browns, sausages and eggs like usual), we went back o the tube to travel to RAF Hendon, where the RAF museum is located. It was really cool and interesting to see a variety of different planes, such as a Spitfire, a Lancaster, a Vulcan and some boat planes. We also got a small private tour of the exhibition that opens at the museum in July! After that, we travelled to Covent Gardens to do some shopping! We shopped there for a few hours and then headed over to a Chinese Dim Sum restaurant for dinner. The food was so delicious and we all had a great time! Finally, we walked over to Piccadilly Circus where we shopped some more. Overall, the day was super fun and I can’t wait to see what the rest of the trip brings here in London!
Cadet Sergeant Quinn

BLENHEIM
On Day 6, we woke up at six am, just as every other day. The difference was that we were going shopping twice in different locations. The first location, Covent Gardens, which was a market, allowed us to debate for prices. An amazing example of this was when I got a 300 pound jacket for only 75. The jacket was pure leather with good stitching. The second location was Piccadilly Circus, which reminded me a lot the Time Square. Here I spent most of my time in the candy stores. These locations we a greatly to top off the morning a the RAF museum.
Cadet Sergeant Kynyckyj, Y 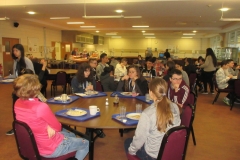 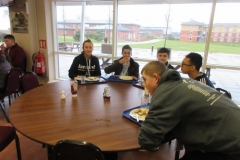 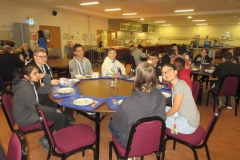 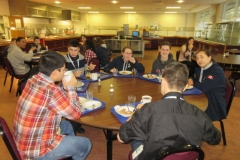 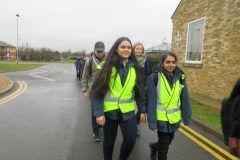 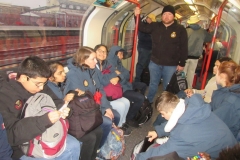 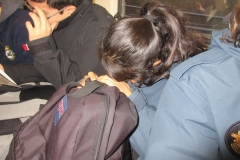 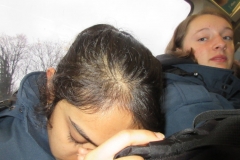 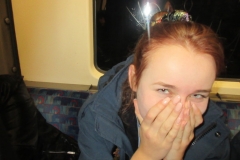 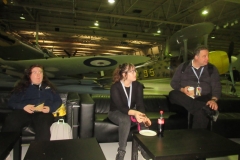 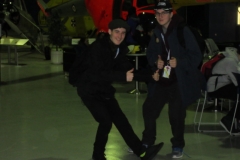 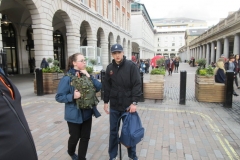 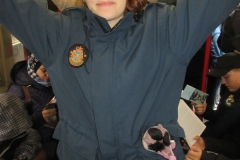 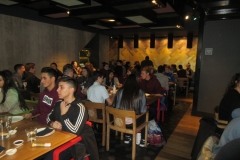 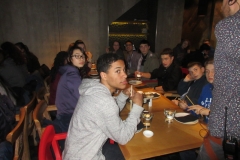 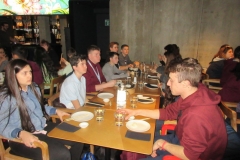 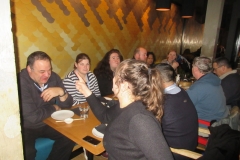 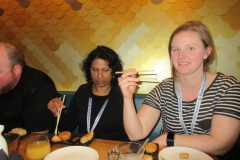 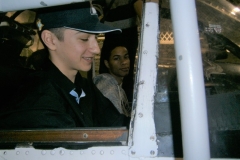