Bayeux – We visited the famous Bayeux Tapestry and then visted the the village to have some crepes and coffee.

We also made a stop at the Bayeux War Cemetery, resting place of 3806 Soldiers from all over the Commonwealth, as well as a number of Germans.

Omaha Beach – We visited the American Cemetery in Colleville-sur-Mer. We placed American flags on the graves of 75 members of the US 29th Division, as well as many unknown soldiers.  The 29th members were not hard to find – unfortunately, they make up 1/3 of the 9,387 troops buried here.

The films from the visitors center can be seen here:

Today we started off with an exquisite French breakfast of bread and water!  There was also fruit, cereals, jams, yogurt for us to enjoy if we wished.  Afterwards, we had a day of visiting a number of historical places including the Bayeux Tapestry, the Bayeux Commonwealth War Cemetery, Pointe du Hoc, The American Cemetery at Omaha Beach and Memorial.  As we walked along the now peaceful shores of Omaha Beach, it is hard to imagine that such a beautiful place was once filled with brave soldiers who fought there, many making the ultimate sacrifice so our world could be free.  That there were tears, blood, sweat, fear and rage that changed so many lives forever.

All in all, it was an emotional, inspiring and beautiful – truly a day that I will remember!

It’s the “British guy” that everyone is “talking about”.  Anyway, today we woke up early at 6:00 am and waited to have a shower.  Once we finished getting ready (breakfast and clean up) we headed straight for Bayeux where we visited the cathedral and walked around the town.  Some of us headed up to the cafe and had some crepes, which I must say we’re fab!  Then we headed off to a cemetery where we paid our respects to the fallen soldiers of World War II.  After, we went to Pont du Hoc to see the bunkers and huge craters left by the shelling of this stronghold.  This must have been the best experience so far!  Once we finished that we finally went to Omaha Beach and its cemetery.  We all had American flags and remembrance cards that had words of respect that we left at various grave sites.  It was definitely a beautiful experience as we were able to go to the ocean and see the sights and how it might have felt for those who landed there during the war.  We all had a tiring day, we left off back to the hostel and had dinner (spaghetti) and continued with things we had left to do to prepare for the next couple of days.

We kicked off the day by going and seeing the Bayeux Tapestry, which tells the story of the Norman invasion of England.  Then we went to Pont du Hoc where there was the remains of German artillery guns from WW2.  After that we went to Omaha Beach, one of the D Day beaches which the Americans took.  While we were there we also visited the American Cemetery at Omaha Beach where there are some 10,000 American buried from the invasion battle.

All in all, the coolest day so far! 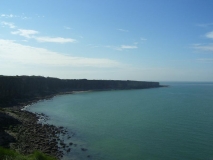 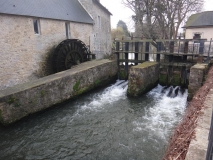 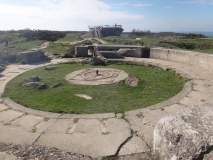 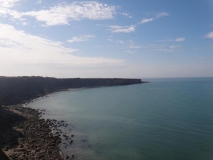 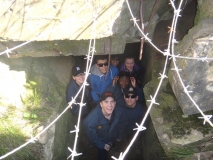 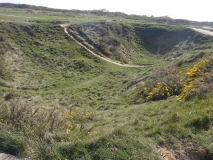 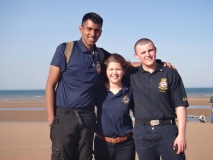 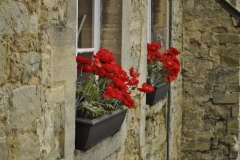 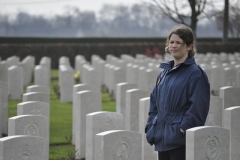 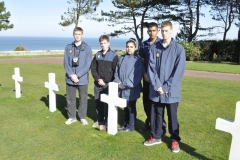 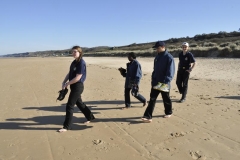 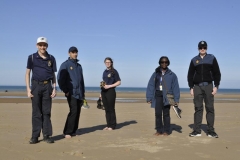 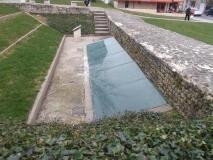