Pegasus Bridge – The bridge taken by the British Airborne Regiment before midnight on June the 5th.

The day started off with an early wake up at 0630hrs followed by a continental breakfast.  We then headed off to Arromanches, a small French village in Normandy.

Afterwards, we went to a Canadian War museum off the coast of Juno Beach.  We were too early to go into the museum so we wandered the beach discovering where the Canadians landed and fought.  We are returning to the Juno Beach Centre tomorrow morning, and I am looking forward to that!

Next, we travelled to the Beny-sur-Mer Canadian War Cemetery.  Many of our Cadets found relatives that were buried there, and we planted Canadian flags and left our memorial cards at the grave sites.

Next, we went to Pegasus Bridge and the Memorial Centre dedicated to the troops there.  We saw the original bridge, which was also the bridge shown in the movie “The Longest Day”.  Before we left Pegasus Bridge the Centre Director invited us to perform the Sunset Ceremony for the day.  A number of us were selected to lower the flags of the various Allied nations flying at the Centre, while the remainder of us were on parade and Captain Johnston played his bugle as the flags were lowered.  It was very solemn.

On the way to the main part of Juno Beach, Trevor, our bus driver, put on some classic jazz music from the war era, it was very upbeat music that made everyone very cheerful and lively!

At Juno Beach, many people wandered the beach, going out as far as possible.  Many of us got our shoes and socks soaked in the cold Atlantic, just like our soldiers did 70 years ago.  There, we counted huge amounts of sea shells and rocks.

Tomorrow is another countless day of getting up at 0630hrs….yet again!!

Over the last several days here in France I have truly come to appreciate the youth of Canada today.

Our Cadets have not only represented 102 and 142 Squadrons as incredible ambassadors, but their entire generation.  To witness the tears on a Cadet’s face as he/she places a Canadian flag at a headstone exemplifies the meaning of our visit.  While at the American cemetery several of our Cadets witnessed the lowering of the American flag at the end of the day.  To a Cadet, they all removed their headdress, stopped talking and stood at attention facing the flag.  Not a word was exchanged during the two minute solemn ceremony.  When asked why they did this they responded that it was “the right thing to do”.

Each person, Cadet to staff member, has their own way of understanding and appreciating these memorials from 70 years plus in our past.  I, for one, am proud of our Cadets as fine young Citizens of Canada.

We started the day with breakfast at the UNCMT hostel at Ver-sur-Mer.  We visited a Canadian War Cemetery where we decorated the headstones with Canadian flags and memorial cards.  There were many fallen from the Toronto Scottish Regiment, which really hit home as 142 Squadron is based in the Captain Hutcheson Armoury, the home of the Toronto Scottish our host Regiment and Squadron Co-sponsor.

I enjoyed exploring the beaches as well as the bunkers along the mighty “German Atlantic Wall”.  Today was one of the most exciting days yet! 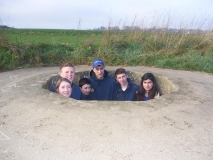 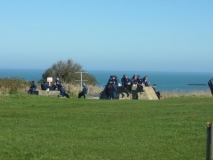 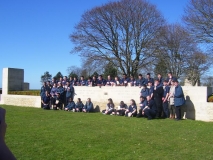 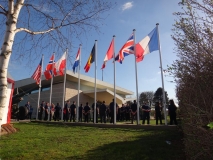 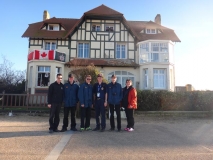 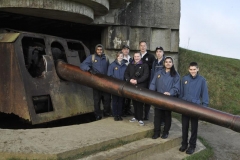 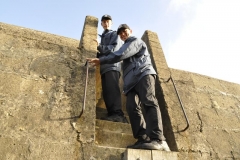 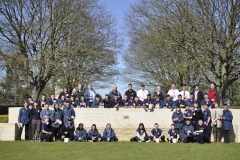 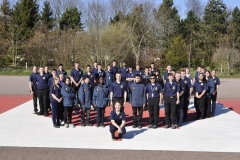 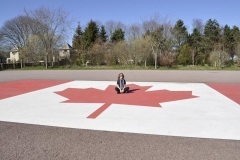 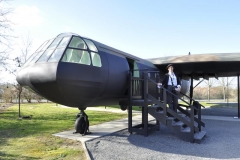 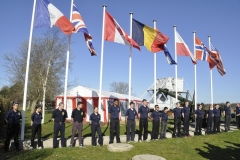