On Day 4 we got up to get changed into our uniforms.  After we changed we went downstairs and ate our meals and left to Beny-sur-Mer Canadian War Graves Cemetery.  The cemetery was peaceful.  Then we headed to the Juno Centre.  We got to see bunkers ad the beach.  We got back on the bus and ate our lunches and headed to our next place, Chateau Guillaumel la Conquerant, the Memorial de Coudehard Mont Ormel, and finally the Memorial Pegasus Bridge.  Then we came back where we are staying and heading to bed.

Today was a very event filled day.  We woke up earlier than normal to get dressed in our Cadet uniform.  Reveille was chaotic, and by the time the bus was loaded after breakfast everyone was exhausted!

Our first stop was the Beny-sur-Mer Canadian War Cemetery.  I still can’t believe te amount of young men my age that were buried in that cemetery.  Our next stop was at the Juno Beach Centre, where we actually stood in German Bunkers.  This was my favourite stop so far.  It has been an enjoyable and educational experience.  We went to the castle of William The Conqueror where I’m pretty sure everyone go nice photos as they have a beautiful view of the town from atop the castle.  Our final stop was at the Pegasus Bridge where we took part in a sunset ceremony.

Today was a fun filled day.  I look forward to what the rest of the trip holds!

Today was a fantastic day!  We had to wake up in the morning and wear our uniforms.  It was a busy morning but we managed to pull through. This morning, first thing we did was we went to the Beny-sur-Mer Canadian War Cemetery and it was fascinating!  There were so many graves and it was just so eye opening.  There were so many young youth that are our age that went to war.  The youngest soldier that we found was 17 and it was so surprising because I’m almost  and I can’t even imagine how life would be If I had to join the military at that young age.   I mean, I still feel like a child and these young men are sacrificing their lives just for us.

After this we went to tour Juno Beach and that was amazing!  We saw German made bunkers and learned how they were built.  We also learned facts such as how the French were forced to build them, and how some of the citizens sabotaged them to injure the Germans.  After this we went to the Juno Beach Museum which was filled with information about the war starting from the causes like the great depression in the 30’s and events that happened in the war like the Atlantic war for example.  And, how the Germans used U-Boats to sink the Athenia, which was a war crime, and many other things.

We then went to the Chateau Guillaume le Conqureant which is a huge castle, and we got I-Pads in which we got a chance to see how it was in the olden age, and it was fun exploring it.   Going up inside the castle was fun.  It was fun as there was spiral staircases and we got to go all the way up to the top of the castle keep.  Then we went to the memorial de Couchards Mont-Ormel and there we had a chance to explore it, and learn about how the Germans were stuck and how they were starting to loose power.  After that, we went to Pegasus Bridge Memorial in Ranville, in which we got a chance to learn about the bridge, and the flaws of the movie called “The Longest Day”.

Today was also the day where I learned how to take down the flags, which was pretty cool as it is the first time that I have done it.  After that we went back to the hostel, changed our clothing and went for dinner.  The ladies who cook our food are very kind.

The trip has been a blast so far, and I can’t wait to see what tomorrow brings!  The bus rides are fun and everyone is fantastic.   Now we just have a few more days left and hopefully its as good as today has been.

First of all, HI MOM!  Yes, I’m safe, and yes, I’m having fun.  Today I woke up at 5:30, so six hours earlier than usual.  Following breakfast we travelled to the Beny-sur-Mere Canadian War Cemetery.  I stood in the same spot that my father stood 25 years earlier, in front of the final resting place of my great-grandfather.  That was quite an impactful moment for me and I am grateful for this amazing opportunity.

We then ventured to the Juno Beach Centre where we viewed German bunkers and enjoyed the museum.  Afterwards we journeyed to the castle of William the Conqueror and explored the grounds which offered spectacular views of the town below.  To finish off the day we visited the Memorial Pegasus Bridge, which was captured by allied forces on D-Day.  As I am writing this we are headed back to our compound for another authentic French dinner!

Today was our fourth day in the French culture.  Our breakfast was the same, but we are managing to communicate in French more and more.  We started the day in C1A dress uniform and drove to the Beny-sur-Mer Canadian War Cemetery.  We were given an assignment where we had to search for fallen soldiers that fit the criteria and write them down.  It was a well planned activity designed by the Officers to have the younger Cadets stay interested and reading the headstones.  I was very sad to see the amount of young men that sacrificed themselves for our freedom.  There was an array of ages, from 17 to 47.  Most being 19 to 21 years of age.

I am sure we have all seen photos of the rows and rows of graves, but when you see them in person, it really puts the amount into perspective.   Out of the many things that we did today, that is the one that stuck out the most.

Today we went to a cemetery were we saw the sacrifices of people who served.  They were 17 to 47 years old.  After that we went to the Juno Beach Centre where we visited German bunkers.  Next we went to the castle of William the Conqueror, where we were using tablets we experience how the castle would look like originally.  Finally, we went to a tour of the Pegasus Bridge and how important that was.  Today was a very busing and filled with learning!  I hope that tomorrow will be the same.  In conclusion was a great day.

Today my highlight would be the Beny-sur-Mer cemetery where I met my great-grandmother’s nephew Estel John Cook who died trying to save another soldier on June 17th, 1944.  I’m so happy to have finally found him, although through the emotions I experienced it was a great reunion of family since no-one in my family has ever come to see him.  I am the first to ever come to see him, and I am the first to say goodbye and bring something of him home.  It feels amazing, truly. 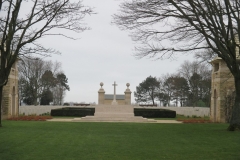 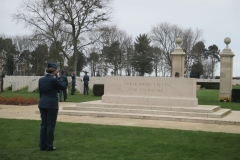 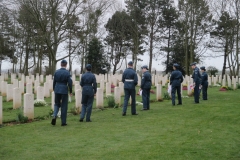 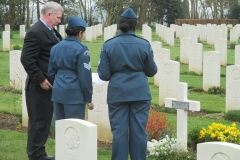 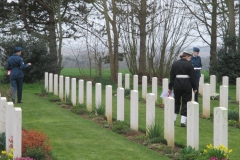 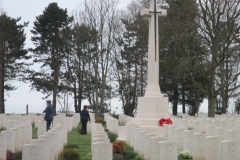 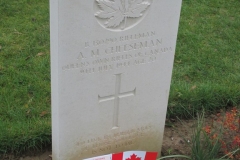 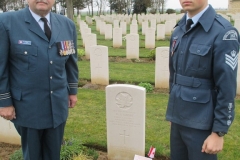 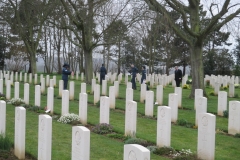 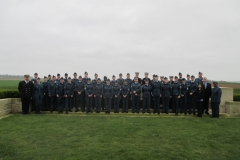 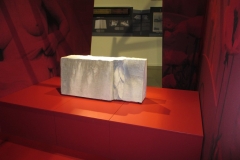 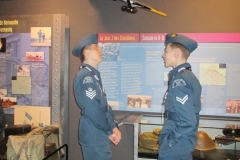 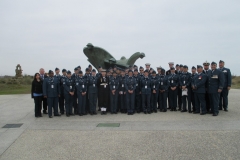 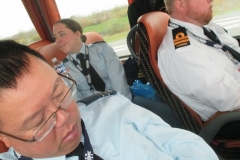 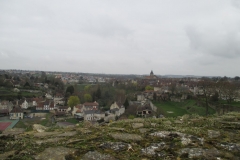 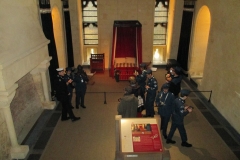 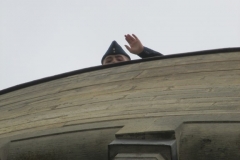 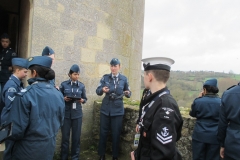 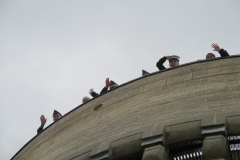