We have invaded the UK!!!  and in full strength.  We now have blisters, sore legs, the sniffles, a couple of sore tummies, a tiny horse bite (scrape), but we are still victorious!!!  I am very proud and stand tall being a part of this adventure with the two squadrons whose staff and cadets have taken on the challenge and have represented each of their units with distinction.  Bravo to Capt. Rangel-Bron who has to this date delivered an amazing program of life long memories.  We will soon be sailing our invasion over to France which I know will move all who are participating.  Keep you posted.  Continue to view our website daily.

Today we visited Westminster Abbey.  The place was so cool.  From the moment I walked in, I was humbled by the size of the place, and the fact that I was surrounded by Kings and Queens of old.
FCpl Miller

Today, after breakfast, we went to the underground and took the subway to Buckingham Palace.  We got to see the changing of the guard.  After Buckingham Palace we ate lunch in the shadow of Canada Gate in the park.  We soon packed up and started our walk to Westminster Abbey.  Soon after we arrived, we waited in the line, then got in and got an electronic audio device to guide us through the tour, which we headed off on to tour the church.  After seeing many parts of Westminster Abbey, we boarded the underground and headed to the British Museum.  By the time we finished at the museum we were pretty hungry, so we went down to Byron Burgers for dinner!  Finally, we ended off our day with a bit of time to do some shopping, but unfortunately we coundn’t do too much shopping as most of the stores were closed or closing.  All in all, Day 7 went pretty well!!

We watched the changing of the guard at Buck House, and to get a better view Baggett climbed on my shoulders.  He got some great pictures!  Also, we got some free time for shopping at the end of the night, but absolutely nothing was open – but Starbucks – so we invaded it! 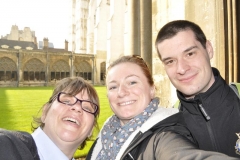 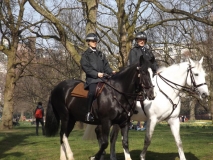 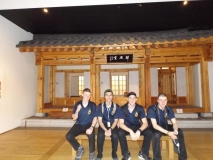 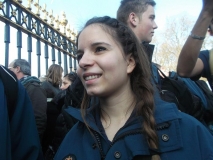 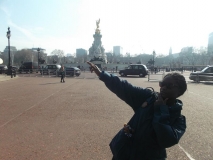 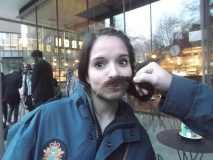 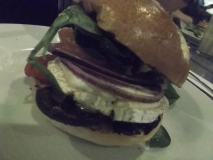 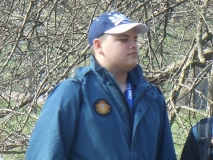 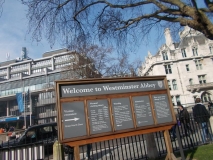 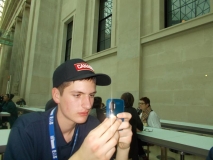 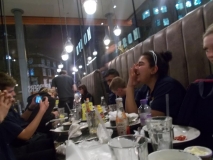 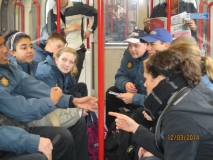 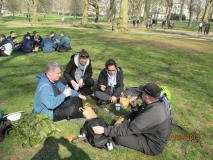 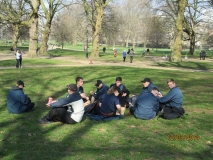 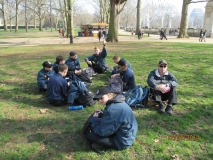 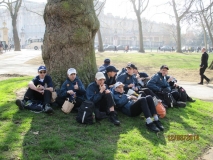 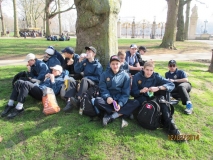 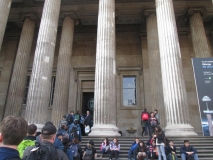