I woke up at 6 am really tired from partying with our Italian neighbours before lights out.  The Officer kept switching the lights on and off crazily!  We did our morning routines and put our sheets in a basket because it was our last day here at UNCMT.  We brought all of our luggage outside and our uniforms in plastic bags outside.  After that we started to load our bags under the bus.  Our new Italian friends were leaving so we started to say goodbye to them.  We drove to the Joan of Arc Museum inside a big castle like building.  A lot of Cadets would have like to explore even for a little bit.  We were taken on a tour that had videos explaining her story.  We wore headsets to translate it to English.  After that we went to a Dieppe memorial centre and had a presentation and get more information about the Dieppe raid.  Then, we walked across the whole beach back to the bus.  It is a beautiful beach.  We then stopped at the Dieppe Canadian War Cemetery, and am on the way to another castle to spend the night.

Today we woke up at 6:30 am and had breakfast at 7:00 am.  We then got our bags and loaded the bus to go to the next place we are staying.  We went to the “Historical Jeonne d’Arc”.  After that we had lunch on the bus and then we headed to Dieppe, walked to a museum and talked about the war in Dieppe.  To end the day out we went to a Canadian Cemetery and laid Canadian flags and Youth Pledge tribute cards on the graves.

Day 6.  Today we packed all of our luggage and will be moving to another location.

We visited a cemetery where there were a large number of graves.  There were soldiers as young as 18 years old to 58 years old.  Officer Cadet Pannerselvam showed me a gravestone that was different from others that I have seen.  This one had a tiger on it.  I didn’t know that there were soldiers of different religions who fought in the battle of Dieppe.

We also went to the beach.  This is where the soldiers walked, the very place that I was now walking on.  The same stones that they walked on.  I have continued to take pictures to help me remember all of these moments.

Today we started off the day by packing our suitcases and cleaning our room.  Soon after that we left for the Joan of Arc museum and learned about what happened to her.  Then we went to the Dieppe Museum and walked along the beach and saw some of the memorials along the route.  Our next visit was to the Dieppe Canadian War Cemetery where 900 soldiers from all elements that fought and died in Dieppe were buried.  Soon we are off to Belgium, but have one night left in France.

Day 6.  I think.  Or 7 or 8.  I’m tired.  Tired me equals bad balance and sleeping on the bus.  Anyway, we woke up at 5:30 and the way I was sleeping I was blocking the blood supply so I woke with a cramp in my leg.  Then, right as I sit up in pain the lights went on and I literally die a little inside.  Anyway, after packing the bus as quickly as a paralyzed turtle we spent two hours driving the Joan of Arc museum where in typical 142 fashion we rushed out the door then spent 30 minutes walking and wasting time to get to the museum.  The museum was cool though.  Anyway, next we went to a WW2 museum with a very nice Frenchman and French woman.  Next we went to Dieppe and we ran on the rocks where I literally sank in there.  And I need to rush because we are almost at the mini-hotel  or motel, or cave so I need to rush and finish even though that last phrase made me take longer.  Oh well, I’m going to sleep.

Day 6, this morning we packed our bags and are moving to our second location.  Our first stop was at the Joan of Arc museum, which was cool because we learned about her and how he could talk to God.  She revealed some prophecy about England.  Then we went to learn about the battle of Dieppe.  We saw a final letter of a soldier who died when he was just 20 years old, and saw how First Nations soldiers had feathers on their uniforms to connect them with their traditions.    Then we walked along the Dieppe beach.  It was really cold, but it was a nice view.  We saw the “pebbles” which are actually big rocks.  Then we headed to the Dieppe cemetery to pay our respects to the soldiers who died in the battle.  Now, we are heading to our new home.

The day consisted of multiple stops and a lot of learning.  We stopped at the Jeanne d’Arc museum in Rouen, the Dieppe Jubilee Museum, the beach in Dieppe and the Dieppe Canadian War Cemetery.  We learned about Jeanne d’Arc, who she was and what she did in her short lifetime.  It was quite interesting to learn about her and the tings she did before being wrongfully convicted and burnt at the stake.  Walking trough Rouen was beautiful, Rouen is a beautiful city and it was very nice to be able to see it.  On the way to the Dieppe museum we read about the Dieppe raid and learned that the reason behind it was not the reason that we had been told for years.  Learning about this was very interesting, but also very surprising!  At the Dieppe Museum we watched a video about the Dieppe raid, we go to hear from soldiers who participated in the Dieppe raid and how it affected them – and how it still does today.  After watching the video we took a walk on the beach to get a better visual about what had happened there.  We proceeded to the Dieppe Canadian War Cemetery to visit the soldiers who died during the Dieppe raid, and we got to spend some time there paying respects and remembering them.  It was a good day and I enjoyed learning about what the Canadians did in Dieppe for us. 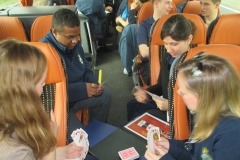 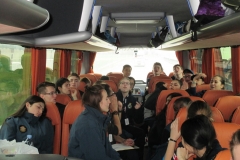 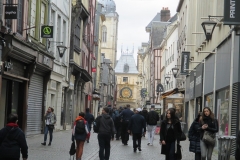 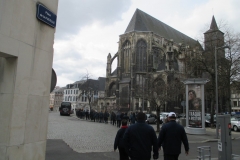 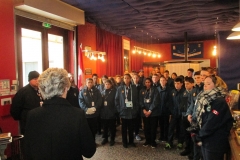 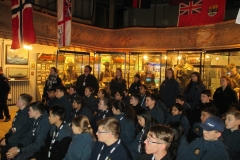 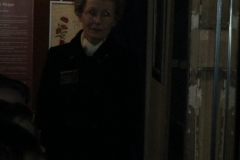 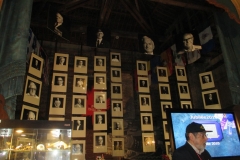 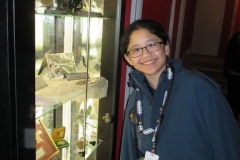 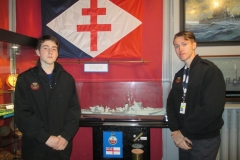 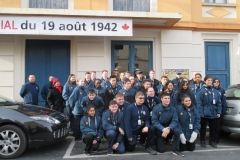 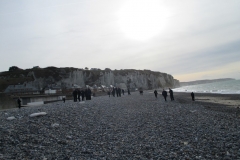 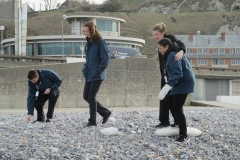 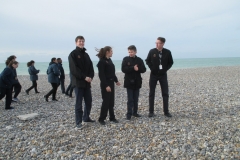 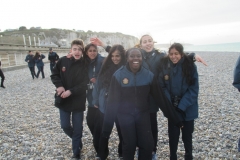 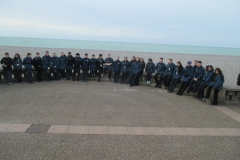 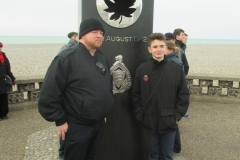 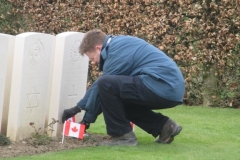 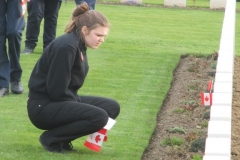 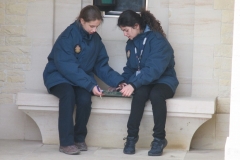