HALIFAX FLIGHT
The morning was a bit rough with jet lag, but with my room partner and I well rested, it was reasonable. We assembled in the junior mess where I had a decent breakfast and my friends wished me a happy birthday.
After the filling breakfast, my flight went on a tour of the Air Traffic Control (ATC) tower and surrounding areas. The group and I learned many things, like how the ATC system works and all the ins and outs of the job of an ATC controller.
The flight also went on a look around of the RAF aircraft, including the Typhoon fighter jet and a city hopping plane that Angelina Jolie took a ride in once. I sat in the same chair she did.
After lunch we went to see the Queen’s Coloured Squadron, who showed us a variety of firearms, like the C-96 Mauser “Broomhandle” pistol and the AK-47 assault rifle. We then watched them practice drill and practiced some drill ourselves.
Afterwards went to the fire station and learned about the different kinds of fire and rescue procedures, vehicles and equipment. In the middle of the introduction, the Typhoon fighter jet started to take off. We watched it and it was definitely long.
In conclusion, the first day of our stay in England was a wondrous experience. It is something I will never forget and the best birthday gift I could ever have asked for.
Cadet Corporal Patterson

HALIFAX FLIGHT
Today’s a good day. It started with us getting up at 6am and putting on our uniforms. After breakfast we met with RAF ACLO where cadets got promoted, which was really fun. After the meeting was done we went on a tour of RAF Northolt where we saw some helicopters and VIP planes. Then we saw the control tower and also the Sir Keith Park building. The best part of today was seeing the dogs and also petting them and looking at what they do. We ended the day by walking into the village for a little walk and shopping, which was fun but also really cold. Overall the first day in England was actually really fun.
Cadet Flight Sergeant Shilpa Patel

SPITFIRE FLIGHT
Our day started off with a short breakfast. We then met the Commander of Northolt, where I was promoted. For the rest of the day, we explored the base. We walked around the hangar and saw some planes. After, we went to the control tower. We were treated to some excellent drill by the local Squadron, which made some of us jealous (including me). We also saw some police dogs in action. In the evening everyone went shopping.
Leading Air Cadet Parent

SPITFIRE FLIGHT
Today we woke up very early and we were all exhausted! We had a very busy day, having to get to different bases with limited time. We saw a lot of interesting, historical monuments. On base, we went to different buildings such as the fire department, control tower, radar station and more! We also went to the police dog training centre where I overcame my fear of dogs. They put on a great police dog demonstration. We also got to train with the RAF soldiers. We did drill “English style”. I also go the chance to get promoted to LAC at Northolt by the Base Commander. It was quite an exciting day!
Leading Air Cadet Murgel, M

HURRICANE FLIGHT
Today I met some new people and had an amazing adventure exploring U.K. England. I got ranked to an LAC and I cannot wait to tell my friends and family back home.
Leading Air Cadet Hanna

HURRICANE FLIGHT
My day today was an ok day. We woke up way too early and we had to march to where we were going to eat. I was really tired. So at this point I was, like, sleeping while eating, if that makes sense- sleep-eating, that’s it. After eating we marched in the rain and stopped. We were waiting for the bus driver for 10 to 15 minutes and it was cold so when we got in the bus I was so happy. Skip ahead to when we saw the dogs. That was amazing. I enjoyed that so much. After that, we saw the fighter jet fly off. That was pretty cool as well and also it was loud, super loud. Then we had dinner, came back to our rooms and now I am here writing about my day.
Cadet Corporal Malagala

BLENHEIM FLIGHT
Today we had a very unique day because we toured the whole base and we went on a couple of planes and helicopters. We also took a stroll around Ruislip. The community was nice. The temperature was cold but very nice and humid.
Cadet Corporal Ceastov

BLENHEIM FLIGHT
Today was probably the best day of the trip because it was eventful. Some of the events that happened today were; meeting the Station Commander, going into the Control Tower. Also my favorite part of the trip was meeting and playing with the police dogs. I heard from other Flights that a Typhoon fighter took off whilst we were watching a drill presentation.
Cadet Flight Corporal Loehl 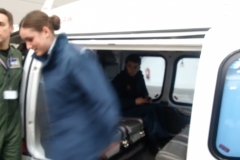 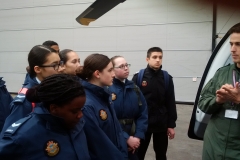 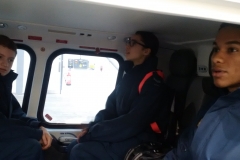 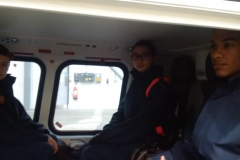 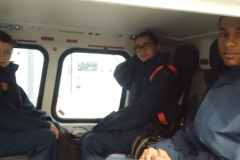 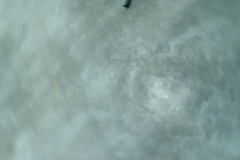 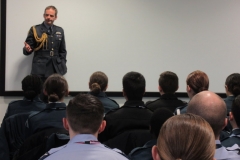 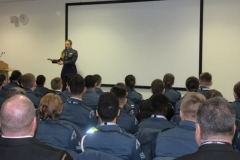 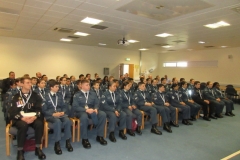 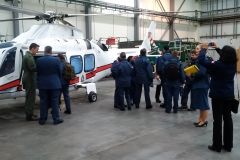 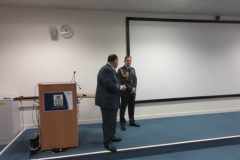 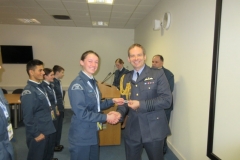 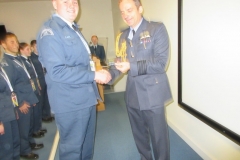 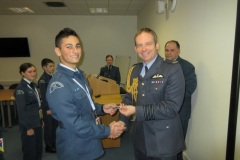 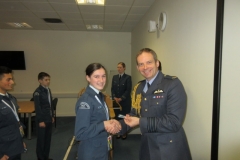 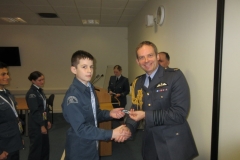 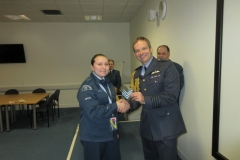 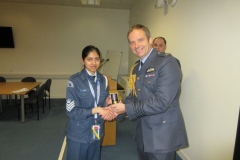 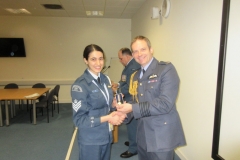