Since 2008, this is the fourth Exercise Canadian Invasion (ECI) for Toronto area Air Cadet Units. The previous three, which you can view by clicking on the tabs in the title bar, have been a combination of touring the southern United Kingdom and Normandy coast of France.

ECI17 has a different international flare as this excursion will take us to the Normandy coast of France and into central Belgium. With 2017 being a year of anniversaries significant to Canada, we could not think of a better way to commemorate “being Canadian” than to visit locations of historic significance in the First and Second World Wars.

As an optional activity, ECI17 receives no funding from government to conduct this activity, thus it is solely supported by the Cadets, parents, Squadron Sponsoring Committee, and, of course, the Officers and Civilian Instructors of the Squadron.   And while the Squadron family has come together to help fundraise, we owe special thanks to a few specific groups who have made a huge difference to us:

– And a group of private donors, friends of 32 Signal Regiment and Canada’s youth members of the Canadian Cadet Organizations

Without the generous support and efforts of everyone we could not possibly have raised the funds to conduct this once-in-a-lifetime opportunity for the Cadets of 142 Mimico ‘Determination’ Squadron, 246 ‘Canadian Progress’ Squadron, 272 ‘Ojibwa’ Sea Cadet Corps and 2 VandenBos Whitby Squadron.

Please take a few minutes to look at our itinerary and locations that we will visit during ECI17. Don’t forget to check back in between 12 – 21 March 2017 to see updates and photos from our Cadets that will be posted for all to follow.

Thank you for visiting us, and come again. 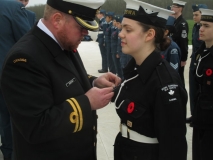 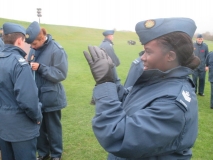